A gong used in the 1970s by John Bonham failed to sell at auction yesterday, a spokesperson at the Los Angeles auction house of Bonhams and Butterfields confirmed today to LedZeppelinNews.com.

The gong’s estimated value of between $80,000 and $120,000 may have been too high, commented Margaret Barrett, an entertainment memorabilia specialist with Bonhams and Butterfields.

Barrett said the auction house would hang onto the historic percussion instrument for a short time to attract a buyer at a reduced price. If unsold after some time, she said it would return to Bonham’s family.

The gong was consigned jointly by Deborah Bonham, John’s sister, and their mother, Joan Bonham.…

ZepFest 2011’s Twitter page says a travel package is coming soon for attendees of the Memorial Day weekend event to be held in Washington, D.C.

That’s good to know since it’s already mid-March, almost St. Patty’s Day, and we should be booking hotel and flights shortly, wouldn’t one think?

“ZepFest travel package coming soon.” Sound like a tune you were humming last Halloween? Here’s why that is.

Well, since you are watching this so close: VERY poor form – come May 27th we will see how ‘shaky’ this is – have to adjust the invite list.

The remark appears to be a reaction to a Lemon Squeezings reader who posted on Facebook:

“I think this zepfest is really shaky.”

“‘Shaky’ – oh yeah it will be & it will also be rattlin’ & rollin’ with: ✫Grammy Winners ✶Grammy Nominees ✬Rock & Roll Hall of Fame Members”

The two people rumored to have been ready to make loud music with John Paul Jones may have just been publicly identified for the first time.

Back in April, Jones posited that he hoped “to be everywhere this summer” with “a couple of other people” who’ve been “working [with him] on some other music, which is more rock based.”

Jones in recent years has sat in with Grohl’s Foo Fighters onstage and in the studio, and conducted an orchestra for the Foos at the Grammys. Homme, who is the only consistent member of Queens of the Stone Age, allowed Grohl to guest on that outfit’s breakthrough single.

When Jones first hinted of a summer project, he gave few details — and intentionally so, it appears, due to an expressed secrecy revolving around the collaboration. After dropping his sole hint in an interview with Women’s Wear Daily, Jones added, “It’s a secret, actually. I shouldn’t have even said that, you know? There are some exciting projects coming up, let’s put it that way.”

But as for what this project would be named, today’s disclosure says it hasn’t yet been determined. But it does say an album will follow.… 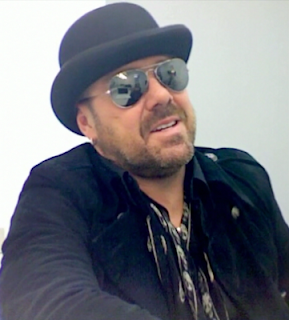 After finishing their North American run of shows with three festival appearances — Merlefest in May and Bonnaroo and Telluride in June — Robert Plant and the Band of Joy will embark on a European tour.

The Band of Joy has announced 10 shows in July and August. After two Italian shows, the tour runs through France, Switzerland, Russia, Ukraine, Poland, Germany and Belgium. More shows are expected to be added, including some shows in the UK.

The following dates are confirmed, with tickets on sale now:

Robert Plant was in Nashville briefly over the weekend, sources have confirmed. One LedZeppelinNews.com reader tipped me off to the singer’s whereabouts on Saturday. Plant witnessed the banjo-plucking debut of comedian Steve Martin on the stage of the Grand Ole Opry. The informant said he was in and out of town rather quickly.

That account has been bolstered now by WKRN MusicCityTV’s report on Plant’s Friday night whereabouts — wearing bright red shoes while dancing with Alison Krauss at a Presbyterian church — and his quick exit from town Monday morning.

In January, Plant and Krauss were in pre-production for a second album together, although plans to complete the project have been sidetracked for the time being. In July, Krauss will be recording a new album with Union Station, a spokesperson for her record label, Rounder Records, confirmed today. The spokesperson added there are no plans for Union Station to tour this year, which means a tour in 2010 in support of the album would be likely.

On one hand, that could leave time for Krauss to work with Plant and finish work on their sophomore release; however, my source indicates that “Alison has declared a moratorium on all work for 12-18 months with Robert because she wants to do an album and extended tour with Union Station.” In the meantime, the source says, this situation has left Plant “frustrated” because he “wants to finish the thing off and be done with it.”…

Recent months have celebrated the 40th anniversaries of Led Zeppelin’s first album and onstage debut, but author Dave Lewis over in England recognizes another milestone anniversary taking place in 2009. This August will mark 30 years since Led Zeppelin’s final appearances in its home country, at the Knebworth Festival in 1979.

The monumental occasion of Led Zeppelin’s homecoming performances on Aug. 4 and 11, 1979, proved sentimental for the group and its fans at the time. Given the unexpected nature of these shows being Led Zeppelin’s last ones in England, memories of the concerts have improved with time. And since the May 2003 release of the band’s official 2-DVD set in 2003, these shows are now more than ever viewed as two of the most memorable events in the band’s latter days.

Before that anniversary rolls around, Dave Lewis is organizing a get-together for Zep fans at the Lytton Arms, a pub about a 10-minute walk from the location of those concerts. “Then as It Was: A 30th Anniversary Knebworth Celebration Day” is to take place on Aug. 8, the Saturday between the two dates on which Led Zeppelin played its famous shows at Knebworth in 1979. For only £10 admission, attendees will be treated to a buffet meal, view memorabilia displays and participate in a charity auction.

The event will also serve as the launch party for a new limited-edition hardcover book Lewis has been compiling, called “Then As It Was: Led Zeppelin at Knebworth 1979 — 30 Years Gone.”…

It was early last month that John Paul Jones was in Madrid, Spain, helping Takehisa Kosugi and the members of Sonic Youth create soundscapes backing up a dance troupe. It all started with a few performances in Brooklyn this April, preceded late last year by some getting-to-know-you rehearsal sessions.

Sonic Youth’s drummer, Steve Shelley, has just spoken with the Detroit Free Press about his experience with the “Nearly Ninety” production, which celebrated choreographer Merce Cunningham’s 90th birthday. In this interview, Shelley clarifies the extent to which their music was rehearsed versus improvised night in and night out:

That was a lot of fun; that was weird. We went and played music at this dance performance at B.A.M. [the Brooklyn Academy of Music]. We had written scores of music to play of various lengths — a six-minute piece, a ten-minute piece — and every night we performed, they would throw down the score in a different manner. Our music would be played in a different order each night, and so it didn’t really go with the dancing in a traditional sense but in a more abstract sense.

We were also performing with John Paul Jones of Led Zeppelin and Takehisa Kosugi, a longtime Merce Cunningham compatriot. We were sitting on this weird metal sculpture they had built for the show that looked like a spaceship or building scaffolding, and it was just a very odd but very fun event to be at.

What happens when three generations of guitar heroes meet?

“Probably a fistfight,” predicts Jack White, on his way to an arranged guitar summit with The Edge and Jimmy Page.

This comical prediction comes courtesy of a newly released trailer for the feature film “It Might Get Loud,” which heads to theaters this August.

The trailer cuts to a scene with Page shot on location at Headley Grange, known to Led Zeppelin fans as the place where many of that group’s songs were recorded. At the bottom of a staircase, Page names off one of them, “[When the] Levee Breaks.”

The shots, in this film directed by Davis Guggenheim of “An Inconvenient Truth” success, bring this mythical and storied mansion to life for a mass of Zep fans who have never seen inside it before.

Just as this comes to life, Page says memories are coming back to him, and the shot changes to home footage I haven’t ever seen before. Probably from 1971, Jimmy Page is shown wielding a guitar in a garden, presumably on the grounds of Headley Grange, with a dog relaxing on one side and an energetic Robert Plant bouncing around on the other side.

The trailer later cuts to a glimpse of Page playing air guitar, as has been explained before, to his recording of Link Wray’s “Rumble.” Get a load of the library of records behind him! This was filmed at his home, which video crews are said to have never been allowed before.…